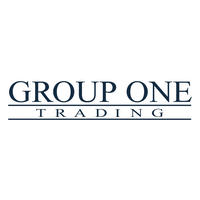 At A Glance:
An annual review cycle centered around company and role competencies.

It doesn't happen very often, but I have 100% conviction that we made the right decision going with PerformYard.

Charles Alaimo is the Managing Director, Human Resources at Group One Trading. He’s been a Human Resources professional for over 30 years working in several different roles across diverse industries. His career with Group One Trading started in 2000, he worked for the organization for several years before moving on to another opportunity. Then in 2019 a previous team mate reached out with an opportunity for Charlie to return to Group One Trading. “I came back and interviewed with a lot of the same team members I had worked with back in 2000. It's kind of like coming home again.''

Charlie is responsible for employee performance management, coaching, development, compensation and recruiting. He manages a department of three HR professionals. . geographically dispersed, with its largest office in Chicago, followed by New York and Philadelphia. Group One Trading also has a team of remote employees that work in California’s Bay area.

About Group One Trading

Group One Trading is a proprietary options trading firm, which means they trade on their own capital. Founded by partners in San Francisco, the company has been in business since 1989.

Today 110 employees work across the country with larger offices in Chicago, New York, Philadelphia and San Francisco. The average employee tenure at Group One Trading is nine to ten years, and a high percentage of employees are also shareholders in the company. “When the firm invests, everyone asks a lot of questions because it's our money too,” Charlie shared.

He describes Group One Trading as being a generous employer that treats employees well. “Our employees feel like they're heard and that they're contributing to the organization's goals. It's a very open and transparent environment.”

Prior to Charlie’s departure in 2004, Group One Trading’s performance management process was quite manual and not user-friendly. “We had Excel sheets and everything was done on Word documents,” he shared. Upon his return to Group One Trading, Charlie was pleased to see that the organization had moved their performance management process to a digital platform. However, the chosen platform was causing issues.

Employee review forms listed a series of competencies and a space to provide comments. However, the forms could not be customized and comments could not be consolidated into a comprehensive format. Additionally, the user interface was difficult to navigate as employees and managers had to go through a series of screens and tabs to complete one review form. “It was a little overwhelming and cumbersome,” Charlie shared.

At the company’s management summit meetings, issues with the performance management process would frequently be front and center. “While the old platform had some benefits, it really couldn't satisfy our needs. We needed something that could be customized,” Charlie stated.

When asked how he came across PerformYard, Charlie shared that a simple Google search for “best performance management system” was all it took him to find PerformYard.

While evaluating all the options, Charlie was disappointed by the many vendors pushing features they did not need. “I really liked what I saw with PerformYard for a few reasons, but most importantly, it’s strictly a performance management platform.”

The selection team was pleased to see how customizable the platform was while still being very simple and user friendly. “One of the things I love about PerformYard is that review forms are one continuous page.”

It was important for Charlie to also gain buy-in from other managers, so during the sale process, he worked closely with the team at PerformYard to customize the platform to Group One Trading’s needs. “Our managers really liked what they saw,” he shared.

Group One Trading reviews its employees at different times of the year, organized by department. For example, frontline managers and support teams are reviewed in February / March, whereas the trading teams receive their reviews in April / May, and so on. With PerformYard, Charlie is able to create different cycles based on the organization’s timeline. “We can set deadlines, import the forms, import who's going to be part of that review process. PerformYard really simplified that unique aspect of our process.”

Charlie also mentioned being quite impressed by PerformYard’s customer service. “That responsiveness is super critical. PerformYard team really cares about how the implementation goes and they know how to help their customers. It's been a great experience,” Charlie expressed.

From a cost perspective, Charlie shared that PerformYard was extremely competitive to their previous platform. “That was also a big factor for us. We were getting more customizable features and the ability to change templates, etc for the same price. Not to mention, making our manager's lives a lot easier. That helped seal the deal for us,” Charlie stated.

When switching to PerformYard, Group One Trading was able to improve upon their existing process, including significant changes to their forms and workflows.

Today, each employee receives one annual review, which takes place during their department’s review cycle. The review meetings include the employee, their manager, a member of the HR team, and other managers who worked directly with that employee.

Prior to the review meeting, the HR team compiles peer feedback. “We try to get a very well-rounded view of an employee’s performance so they can fully understand where they need to improve”, Charlie explained.

During the meeting, the group discusses the employee’s self-evaluation, the manager reviews, and the feedback from peers. The goal is to provide each employee feedback from people they work closely with. Charlie mentioned that as a small company they know who everyone else works with which helps expedite the process.

Since the company has gone remote, reviews meetings are being held through Zoom and Charlie expressed his enthusiasm with Performyard’s dual view feature. “Being able to show on the screen in real time the employee’s self evaluation on one side and the manager’s review on the other fostered a lot of good discussions. The dual view feature is phenomenal.”

Customizing the review forms was one of the biggest improvements for Group One Trading. Today everyone is rated on the same core company competencies however their role specific competencies differ. Every employee is rated on a five point grading system for each competency. The overall rating is weighted 50% from company competencies and 50% role competencies. Charlie explained how they decide on role competencies, “we met with each manager of each function to find out what's important for them and their group. We asked them how they were measuring their teams.” He believes managers welcomed the changes because they were a big part of developing the new forms.

“It’s important to me that performance management is not just viewed as an HR process. This is not for me, it is a benefit to the employee. And if they're not walking away with valuable feedback then we have a bigger issue,” Charlie expressed.

Charlie understands the hesitancy of moving tech platforms. “It can be a scary proposition if it's not done correctly. That's where the partnership with the team at PerformYard really simplified the whole process. We're in a much better place with a much better tool now.”

Charlie concluded by sharing, “PerformYard has been a great partner for us. It has a lot of similar features as other solutions, but the overall platform and the customer support have really impressed me so far. It doesn't happen very often, but I have 100% conviction that we made the right decision going with PerformYard.” 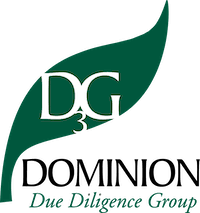 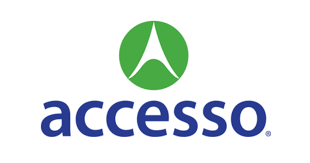